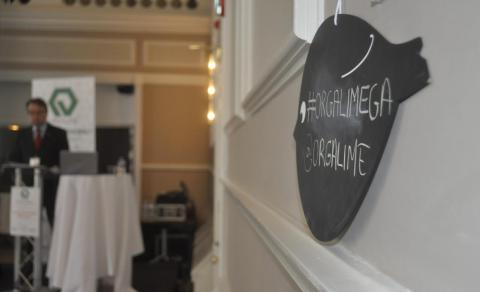 The Orgalime General Assembly is fast approaching – and the planned discussions are as significant as ever in the context of a rapidly transforming industry landscape: from the data economy and digitisation to global competition and the future of Europe. Orgalime is pleased to announce a host of high-level speakers for the keynotes and panel debates on the afternoon of Wednesday 22 November.

The first session will be led by Andrus Ansip, European Commission Vice-President for the Digital Single Market, who will give a keynote speech on digitisation and the data economy. In the post since 2014, Mr. Ansip has come from a long and successful career in local, national and EU politics – including an impressive term as Estonia’s longest-serving prime minister from 2005 to 2014. The speech will be followed by a panel debate on how businesses are already reaping the benefits of data, with the participation of Vincent Bedouin, Chairman of the Board at the Lacroix Group, Philippe Verne, President of FIVES Intralogistics SAS, and Juha Mäkitalo, Managing Director of Prima Power.

We will also be joined by Günther Oettinger, Commissioner for Budget and Human Resources. He has been in the post since January 2017, prior to which he was Commissioner for Digital Economy and Society. Following a long career in German politics, Mr. Oettinger joined the European Commission in 2010. In a keynote, he will share his insights on the future of Europe and EU finances, in light of the upcoming MFF review.

A further key focus of the General Assembly is the position of European manufacturing in today’s competitive global world. Jost Wübbeke, Head of Programme Economics & Technology at the Mercator Institute for China Studies (MERICS), will kick off discussions with a presentation on China’s manufacturing strategy. The debate will then turn to the European Commission’s trade strategy with a keynote from Joost Korte, Deputy Director-General of the European Commission’s DG Trade.

Orgalime President Tomas Hedenborg will wrap up proceedings with some concluding remarks on moving towards a progressive and modern European industrial strategy.

The Conference on Industrial Technologies IndT...