Towards a revitalised European standardisation system 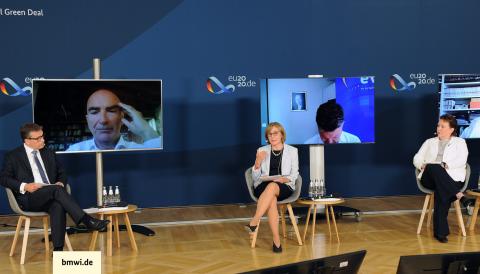 On 16 September, Orgalim President Rada Rodriguez took part in a high-level workshop on European standards, emphasising the need to rebuild trust in the standardisation system and Orgalim’s willingness to work together urgently towards a solution.

Organised in the context of the German EU Presidency, the workshop brought together senior members of DG Grow and DG Clima with stakeholders from industry, European standards organisations and consumer organisations in an effort to address the issues that have disrupted the smooth functioning of the standardisation system in recent years.

Addressing the conference by video, Thierry Breton, Commissioner for the Internal Market, set the tone by pointing out that standardisation “plays a key role” in a successful recovery that is green, digital and resilient. But, he said, “we need to get our house in order” and called for “a revival of the European Standardisation System”.

Ms Rodriguez welcomed the initiative of putting the issue of standardisation on the German Presidency’s agenda and the proposal to bring all stakeholders together. “We need harmonised standards to be innovative and competitive,” she said. “We truly want to revitalise the public-private partnership and are ready to take part in working towards this.”

The first panel session examined the current challenges in the system. In effect, since a legal ruling in late 2018, interpreted by the Commission as increasing its responsibilities in the standardisation process, a severe backlog has built up in according standards harmonised status. This in turn has hindered the smooth functioning of the Single Market, as outlined in the joint statement issued by Orgalim and 20 other industry associations last January which calls for a ‘New Deal’ for standardisation.

Markus Beyrer, Director General of Business Europe, which co-signed the statement with Orgalim, warned that the system is starting to lose market relevance and that Europe’s leadership in setting international standards is at risk. “We need to get harmonised standards back on track,” he stressed.

We need harmonised standards to be innovative and competitive. We truly want to revitalise the public-private partnership and are ready to take part in working towards this.

Joaquim Nunes de Almeida, Deputy Director General, DG GROW, agreed that the process “is taking too long” and emphasised the importance of getting it right. “Standards are a tool to project Europe internationally: we have a strong position internationally, but we need to play our cards well,” he said.

The second panel session focused on how standards and standardisation can help make the Green Deal succeed. There was no disagreement in the room over just how important it is that Europe gets back to having a smoothly functioning standardisation system as quickly as possible.

Clara de la Torre, Deputy Director General, DG CLIMA, reiterated that standardisation “is a very important pillar of the internal market” and “one of the most important solid foundations of many policies.” She stressed that it is important to be the first mover in a green transition, “not only to put Europe in a more visible space but also for European industry to be able to set the standards for the other parts of the world.”

As for how to break the logjam, Ms Rodriguez emphasised that what is needed is “to restore efficient mechanisms for the timely citation of quality standards and to restore mutual confidence and trust”. Dr Marcus Wirtz, managing partner of German technology company JÖST, agreed and advocated for close exchange with industry and stressed that “the relevant associations can be very helpful here.” 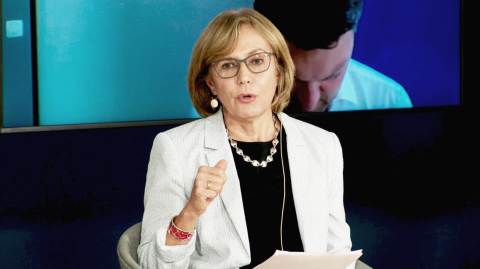 The New Legislative Framework (NLF) was repeatedly recognised as core to the smooth functioning of the system. CENELEC President Dany Sturtewagen argued for “reinforcing and widening the application of the NLF principles” as “a fundamental keystone for the well-functioning of the single market.”

Closing the workshop, Kerstin Jorna, Director General, DG GROW, also acknowledged the “rather unique European framework” that has underpinned Europe’s strength on standards and called for all sides to step out of the “blame game”, to continue the discussions and work together to improve the situation.

Orgalim welcomes the suggestion to continue discussions with all stakeholders and to work together to restore, as quickly as possible, efficient mechanisms for the development, assessment and use of relevant, state-of-the-art harmonised standards. We continue to propose an independent assessment of Regulation 1025/2012 as a way forward and stand ready to contribute to the development of a resilient European standardisation strategy.