In this Insight post, Orgalim adviser Silvia Selandari looks at the current crisis in the World Trade Organisation (WTO) and how the EU can act to save the rules-based international trading system. 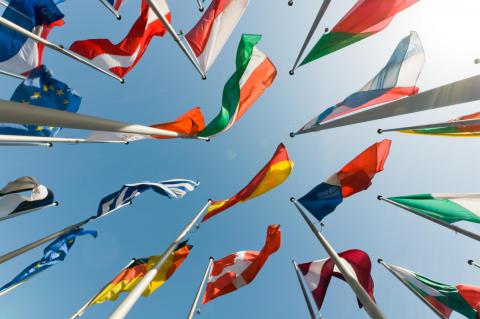 As new EU Commissioner for Trade Phil Hogan stood in front of the European Parliament during his hearing and outlined the Commission’s trade priorities for the next five years, several topics emerged. First and foremost, Hogan made clear that efforts to save the global system of rules-based free trade through a timely reform of the World Trade Organization (WTO) is a top priority.

What makes the WTO a key international organisation?

The WTO has been helping to enable free trade for almost 25 years now. While it has often been taken for granted in the past, the situation on an international level is evolving – meaning a strong show of support for this international body is urgently needed.

Europe’s technology industries are strongly export-oriented and depend on international trade for their success, representing over a third of the EU manufactured exports. With trade supporting 36 million jobs, the EU must help companies maintain leadership in the global competitiveness race by leading the response to protectionism; standing up for free, fair and open rules-based trade; and enhancing market access for our companies.

How does the WTO work in practice?

Despite its critical importance, the WTO is today facing an existential crisis. Before we look more closely at what is at stake – and how the crisis might be overcome – it’s worth recalling how the WTO operates. The World Trade Organisation is an international organisation that has as its aim the facilitation of free ruled-based trade. The WTO has enabled trade in goods and services over the past 25 years by providing a platform for negotiating multilateral trade agreements (such as the ongoing negotiations on e-commerce). Moreover, the WTO provides for a dispute resolution process, aimed at enforcing participants’ respect of WTO agreements they have signed. The Appellate Body of the WTO is the crown jewel of the international trading system. In practice, the WTO dispute settlement process involves case-specific panels appointed by the Dispute Settlement Body (DSB), and the Appellate Body.

If a country, or an area like the EU, deems another WTO member in breach of WTO rules, it can have the Dispute Settlement Body decide on a case, and an appeal can be lodged with the Appellate Body. For instance, the 2018 US tariffs on steel and aluminium were challenged by the EU at WTO level; the EU has also challenged the US for its illegal subsidies to Boeing. Once a case has been set in motion, the dispute settlement body examines it and weighs up all options. Although decisions generally take some time to be reached, the WTO system nevertheless creates legal certainly for companies, making it very beneficial.

The current WTO crisis – how did we get there?

It might feel like we have always enjoyed rules-based free-trade, but in fact the WTO only came into being in 1994. Of course, the WTO was built on its predecessor the General Agreement on Tariffs and Trade (GATT) agreement. At that time, the US, the EU and Japan were the driving forces in support of free trade.

Fast forward to December 2019 and there is a risk that the Appellate Body of the WTO may cease to function. What has changed now, compared to 25 years ago? Why do we find ourselves in such a crisis? The answer lies with the US, where the government has adopted a more protectionist approach in recent years and changed its attitude towards the WTO. Now, the United States is in favour of drastically reshaping the WTO. In that context, the US has stopped nominating arbitrators to the WTO Appellate Body. As a result, if a breakthrough is not found soon, the WTO Appellate Body will cease to function in mid-December 2019.

Orgalim is convinced of the benefits of a rules-based framework for free trade. To preserve this framework in the long run, it is clear that the WTO should be reformed. The EU is already engaging with other countries to reform the WTO to make it fit for the digital age. The core of this work – carried out mainly in partnership with the US and Japan – is currently focusing on Chinese state-owned enterprises and forced technology transfers. Orgalim fully supports these efforts, including moves to create a more stable and financially-independent WTO secretariat.

More immediately, however, the current and unprecedented crisis in the WTO must be resolved as soon as possible. Orgalim is concerned to see the current stalemate in the nomination of judges to the WTO Appellate Body and urges the Commission to continue engaging with the US to remedy the situation. Only through the engaged participation of the US, which is a founding member and driving force of the WTO, can we save the Appellate Body and the wider international trading system as we know it. Moreover, the EU should continue its cooperation with like-minded countries such as Japan, Canada and others to solve the current crisis as soon as possible. In order to enable continued rules-based free trade, the dispute settlement mechanism of the WTO – including the Appellate Body – needs to urgently be fixed.

What are the next steps?

Orgalim calls on the Commission to continue working with like-minded countries to reform the WTO and make it fit for the digital age. Companies, workers, and consumers alike are benefiting from rules-based free trade. Only by saving the WTO Appellate Body can we pursue the ambition of continuing to trade within a stable and clear framework.

Curious to know more on Orgalim’s views on WTO reform and other trade issues? Follow us on Twitter and LinkedIn and subscribe to our newsletter for the latest updates.