Putting industry back on the EU agenda: a look back at Tomas Hedenborg’s Orgalim Presidency 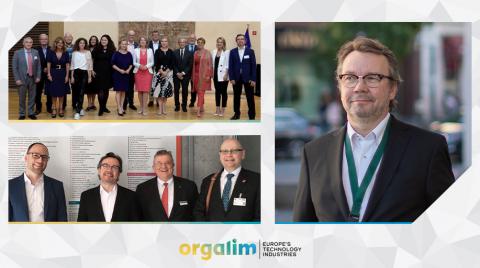 At the Orgalim General Assembly on 13 November 2019, Tomas Hedenborg stepped down as Orgalim President, handing the baton to his successor Rada Rodriguez. This marks the end of a successful four-year tenure representing Europe’s technology industries in engagement with EU policymakers at the highest level while actively contributing to Orgalim’s strategic agenda-setting.

As Advisor to the Board and former Group CEO of Fastems – a Finnish supplier of flexible manufacturing systems and robotics-based automation with a strong emphasis on software – Mr Hedenborg has a high profile as an industry leader working at the crossroads of physical and digital technology. This made him the ideal ambassador for Orgalim back when the digitalisation of industry began steadily climbing the political agenda in 2015. Brimming with a passion for all things digital, data, and R&D&I, he has been a strong advocate for an industry undergoing profound transformation.

Over the course of his Presidency, Mr Hedenborg has worked tirelessly to raise the profile of the technology industries among policymakers in Brussels and beyond – highlighting the vital role played by technology and innovation not only in growing the economy, but in addressing the most urgent challenges facing European society. As discussions on a future EU industrial strategy have gathered pace in recent years, he has been active in shaping the conversation, most recently as a member of the European Commission’s ‘Industry 2030’ High-Level Roundtable.

At a farewell tribute during a dinner with Orgalim Members last week, Director General Malte Lohan expressed the sincere thanks of the membership and secretariat for the enormous contribution Mr Hedenborg has made as President during his term  – with a nod to his highly appreciated Finnish sense of humour and ability to keep cool under pressure (some may recall a memorable interview he conducted with Commissioner Oettinger by candlelight during a power outage at an Orgalim event). 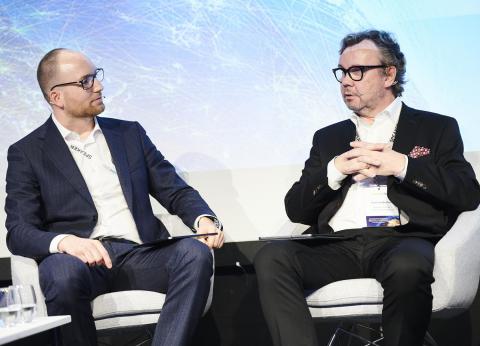 So Tomas, four years – that’s quite a long time! Did it feel that way or has it gone by in a flash?

Really it has flown… but then when I start to think about everything I have experienced since being nominated, so many things have happened – it has been very fast paced!

Looking back to when you started as President, what was the big issue on the EU policy agenda?

It’s got to be the digitalisation of industry. Back in 2015 it was still quite a vague concept in the political arena, yet it was already on the strategic agenda of Orgalim. I had intuitively felt we were on the brink of something very exciting, so when it was proposed I take on the role of President I thought it was a good time to get involved – perhaps I could use my experience to have an impact. Today, the digitalisation question has evolved into something very tangible with a real impact on the industries Orgalim represents: from artificial intelligence to machine learning, robotisation and automation.

Have you seen an evolution in how the role of industry is perceived by policymakers?

Although policymakers were listening to industry’s concerns four years ago too, industrial policy was definitely not high on the Commission’s agenda. Today, I think we can say it is an integral part of their strategy, as it is now recognised that industry has a crucial role to play in facing the huge challenges that we have in Europe and the world –  from technological to environmental to societal issues. We have been able to build and voice this agenda, and I would like to think I have played my part in this. 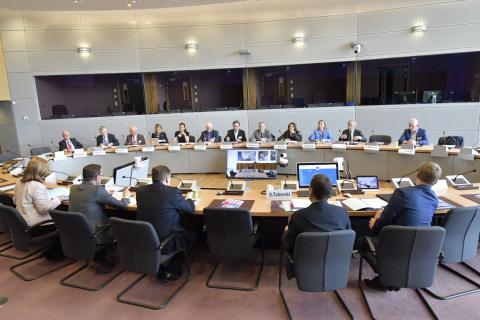 What has surprised you most about engaging in the EU policymaking process?

That you really can have an impact! Until this role, I had very little contact with the scene here in Brussels; I did not perceive of myself as a lobbyist of any kind. But having seen the way our messages can contribute to policymaking through engagement over the years, I have learned that it really is possible to help shape the future framework through dialogue between all stakeholders.

Do any particular highlights stand out from your four years as President?

The most rewarding thing – also in terms of its expected impact – has been participating in the High-Level Industrial Roundtable. This was really where I gained a broad view of the importance and the impact of industry and technology in moving Europe forward in these challenging times. And I could actively contribute to this work thanks to the strong support of the Orgalim team. It was at times quite intense – late-night conference calls, piles of paper to be read and processed… not always easy when you also have a company to run! But I am definitely proud of what I was able to contribute.

How has Orgalim changed over the last four years?

The Orgalim that I first encountered four-and-a-half years ago was already a very impressive player and well recognised here in Brussels. And yet I have to say Orgalim today has made a huge leap forward from even this good position, renewing itself and setting itself on a good path. I would like to think that I have helped support this evolution, and I am happy to see that the Orgalim I am leaving behind is in an even stronger position than the one that I arrived at four years ago.

What is your hope for Orgalim’s work in the coming years?

With ‘2030: an industry vision for a renewed Europe’, Orgalim has put a strong holistic agenda on the table. When these strategic targets are put into action, we will be on a very good path. Especially given the better understanding of the role technology and our industries will play in Europe’s future.

Whenever I have been asked to sum up the outcome of the High-Level Roundtable discussions, I have said: it might be that technology put us in the dilemma we are now, but it is also clear that the only thing that can save us is technology and human ingenuity. 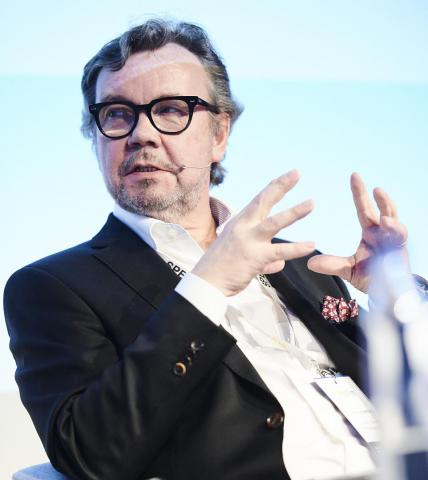 Thank you Tomas, and all the best for the future!