From the DG’s desk: a Europe that strives for more 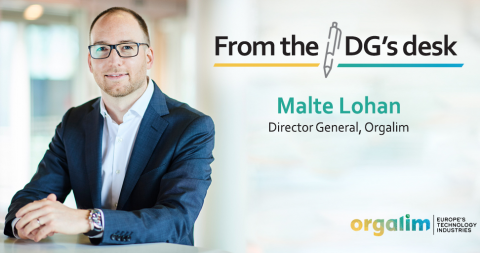 With the coronavirus outbreak understandably dominating the headlines in recent weeks, a major milestone came and went somewhat under the radar: the von der Leyen Commission marked its first 100 days in office on 8 March. A popular benchmark for evaluating a new administration’s performance, the ‘first 100 days’ was given particular weight by President von der Leyen. She set her team a wide range of policy objectives for this short period, raising the bar both in terms of the level of ambition and speed of delivery – fitting for her mission of a ‘Europe that strives for more’.

Credit where credit is due, the Commission has packed a lot into those 100 days. President von der Leyen made clear where her priorities lie in tackling the twin transitions Europe is facing – to turn the climate challenge into opportunity and to make Europe fit for the digital age. And the vast sweep of proposals put forward by her team is impressive indeed: from the flagship Green Deal in December and subsequent Climate Law, to a comprehensive Digital Package covering data, AI and more. Announced on 10 March, the New Industrial Strategy for Europe fell just outside the 100-day timeframe but nevertheless marks another area where the Commission has been quick off the starting block.

Clearly, the momentum for change is there – but as the dust begins to settle, what will the next 100 days bring, and the 100 days after that? The task now will be for President von der Leyen and her team to keep the engine running, despite the massive disruption caused by the coronavirus, and capitalise on these early achievements. But they face an uphill climb, as ambition runs up against political reality in a number of areas.

First, the all-too-familiar gap between best-laid plans and the money available to pay for them. Shaping a greener, smarter Europe requires investment – a whole lot of it. Yet Member States remain deadlocked on the future EU budget. Concern over the economic impact of COVID-19 will not make it easier to find a way forward. Second, the wave of optimism that heralded the Green Deal is being challenged by the concerns of multiple Member States as to what this change will mean in practice. While support for the overall objectives remains strong, the devil as ever will be in the detail, and reconciling the diverse interests at play will take far longer than 100 days. And third: diverging opinions are emerging even within industry itself regarding the merits of some of the new, more targeted measures under the EU industrial strategy on Europe’s long-term competitiveness. For those companies and ecosystems that are obvious beneficiaries of a targeted approach, it is easy to get on board – but what about the others? The desired broader economic benefits resulting from such targeted measures will only become clear in the medium- to longer-term.

Of course these gaps are far from unbridgeable. And it is reassuring to see the focus squarely in the right place. Europe’s future is green and digital, driven by an innovative industry – and the Commission’s industrial strategy is an important step to unlocking the synergies between these pillars. It is also a welcome signal that policymakers at the highest level are recognising the role of our industries as a big part of the solution to the challenges facing Europe. This is reflected in the new European Parliament Intergroup ‘Sustainable, long-term investments & competitive European industry’ that is bringing together MEPs from across political groupings and EP Committees to explore new opportunities. 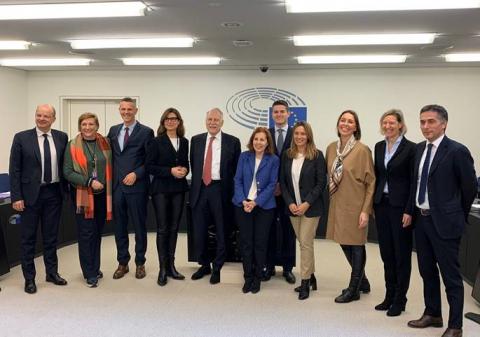 Moreover, when I spoke at a recent High-Level Group on Competitiveness and Growth in the Council, I came away with the impression that Member States have a greater willingness to try new things in order to better equip industry for the challenges ahead.

So there are plenty of reasons to be optimistic. Of course the risk with setting ambitions so high is that there is further to fall – and if the political realities slam the brakes on progress too quickly, this could provide further fuel to the Eurosceptic narrative that the EU is ‘all talk, no walk’. This is precisely why we need the courage of our convictions. Not only the Commission, but the Parliament, Member State governments and stakeholders from industry and society: now is the time to match ambition with action, to deliver on these challenging yet necessary transformations, and to ensure these ‘first 100 days’ are just the beginning of an exciting new chapter for Europe.